Did Terra Nova pilot leave you with some questions about the story? 10 burning questions answered!

Tonight the second episode of Terra Nova will air on Fox @ 8pm.  If you follow me on twitter ( @EvilEpisodes ) you will know from my brief tweets that I did enjoy the pilot and for now I am fully onboard with the show. (Much more thoughts on the first 2 episodes of Terra Nova coming up on Evil Episodes Podcast #7, btw….) With that said, the pilot did stuff so much plot and storyline into the two hours that it did leave a vacuum of questions for viewers.  TVLine asked “10 burning questions” some of which includes some changes that were made to the pilot episode. Check out some of the interview below:

“WHAT ELSE CHANGED FROM THE ORIGINAL EDIT OF THE PILOT? | Imagine that the series started with Jim en route to Hope Plaza to collect his mysterious knapsack. Then, once the family exits the wormhole and Taylor’s guards go to slit open Jim’s parcel, that is when you first learn about Zoe. TWist! Instead, the for-broadcast pilot showed how years earlier the Shannons labored to hide Zoe in their home, and clued us in on Jim’s plan to escape prison. “Some of the feedback we got [on the previous version] was, ‘I really like it, but it starts a little choppy,’” Fox president Kevin O’Reilly explained this summer at TCA. “[The added back story] filled out the characters a little better, and when we screened it to multiple contingencies, I heard a lot of feedback from people who preferred it.” Another tweak involved smoothing over a suggestion of larger discord between Jim and Elisabeth. “There’s still some marital tension there, but yeah, it was a little darker,” says O’Mara, “which I’m not sure is the direction they wanted to go. It was more about reshifting the focus of the show toward the mythology.”

WHEN WILL WE GET THE SIXERS’ NUMBER? |Echevarria says that light will be shed on the rebel faction as the show occasionally spends time at their well-guarded outpost. Over the course of this first season, “You’re going to find out why they’re here, who sent them, and what they’re about — and that climaxes with the arrival of the 11th pilgrimage.”

WHAT IS TAYLOR’S MIA SON DRAWING ON THE ROCKS? | “You only have to wait a couple episodes to find out what those sketchings are all about,” says O’Mara. In fact, as a general rule, Terra Nova ” is going to make sure that with all the questions, even though they’re a carrot on a stick, you only need a couple episodes to find out what’s going on. We’re being very conscious to create a show that yes, has mystery as a part of it, but we’re not going to have huge questions dangling.”

Check out the entire interview at TVLine

If you haven’t checked out Terra Nova yet, be sure to watch the pilot episode online now available at Fox’s Official Terra Nova page, then be sure to tune in tonight and every monday on FOX for new episodes! 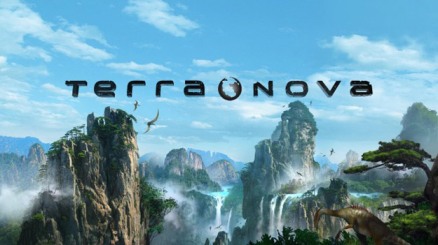 American Horror Story gets a new preview, actual show footage to go along with the “weird” stuff!

About a month out from the premiere of American Horror Story on FX, a new preview has been released and although it is a quick thirty seconds long, we actually get some footage from the show this time instead of just abstract “creepy” imagery. Check it out: